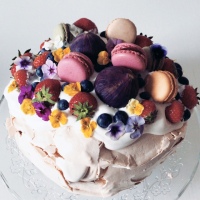 There was an error retrieving images from Instagram. An attempt will be remade in a few minutes.

© Kuddelmuddel Travel, 2018. Unauthorized use and/or duplication of this material without express and written permission from this site’s authors and/or owners is strictly prohibited. Excerpts and links may be used, provided that full and clear credit is given to Kuddelmuddel Travel with appropriate and specific direction to the original content.

I really like this mood and have spent hours walking through the labyrinth of narrow, steep alleys. Some are so tight that even the smallest of European cars with side mirrors folded in can hardly squeeze through. Some are so steep that the street turns into a staircase. At least there you are safe from having to dodge into doorways to let the cars go by. Hidden away throughout these alleys are little restaurants and bars, so whenever we feel a bit too waterlogged, we stop for a drink and some delicious tapas. Everybody has told us that Granada has the best tapas; could be true.

There are other gems as well. We found the Palacio de los Cordovas completely by accident. It’s on Cuesta del Chapiz 2-4. Constructed in the 16th century, it’s a beautiful villa with a formal garden. Today it is home to the municipal archives. The garden and some of the house are open to the public. This is definitely worth a visit even if you are not trying to escape a downpour.

Further up the hill from the Palacio you come to Sacremonte and the Museo Cuevas. Here you can learn about Gypsy culture. There is also a museum of Gypsy woman, but this closes at 1 pm so I missed it. This part of Granada also seems to be the center of flamenco with musuems and venues and even flamenco schools.

Scenes from the museo cuevas 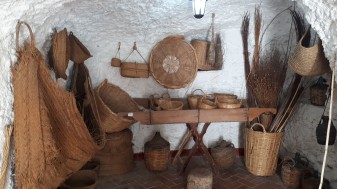 From Sacremonte you also get the best views of the Alhambra just across the river. Another great viewing point is the Mirador de San Nicolas, especially at sunset. We are still waiting for a day when there might be sunset.

Our room is just around the corner from the cathedral, very central. This neighborhood has a lot of really grand buildings and nice stores. We were lucky, they had Black Friday Week sales on while we were there! Our favorite cafe in this neighborhood is called Sietegatos, a really trendy place with great food. Try the Spanish tortillas, they are amazing!

Now you are wondering, when are they going to the Alhambra? Answer: not on this little trip to Granada. Next month we are going to have visitors who also want to go, so we’ve been told to wait till they get here. I have bought tickets online for December 27th, here is the link. You should get your tickets well in advance especially around Christmas and New Years. Also before you try to buy the tickets make sure you have passport numbers for everyone in your party handy.

We loved our few days in Granada and look forward to coming back here in December. Granada is an easy bus ride from Malaga, 1 3/4h. There is also a regional airport. To get there from the city center you can take a shuttle bus run by Alsa that makes several pick up stops before heading to the airport. It only costs € 2.90 per person and you pay the driver.

View all posts by Travelingstef

2 thoughts on “Postcards from Andalusia – Granada”

SWEET B GALLERY
Which Way To The Beats

Too much coffee and good adventures.

My Dear Kitchen in Helsinki

Did I ever tell you how much I love cooking?